Jennifer Ackerfield, Herbarium Curator in the Biology Department, shows off specimens in the CSU collection. May 12, 2015. Image via J. Ackerfield.

Botany is not dead, but this plant is: The importance of herbaria in the 21st century and beyond

Herbarium.  For many, this one word invokes images of a dark, dusty place, a mortuary for plants you might say.  But for me, it invokes images of carefully examining plant specimens for taxonomic studies, lively scientific debate, group collaborative efforts to key out difficult plants, and students talking and working and most of all learning.

Learning about botany and collections and ultimately the importance of everything in a herbarium.  Because a herbarium is so much more than a library of dusty plant specimens.  It’s a repository of data, stretching back hundreds of years.  Each time I pull out a herbarium specimen I think of all the work that a collector did to make that specimen – hiking, collecting, identifying, labeling, mounting, data basing, filing – so many hours go into the making of each herbarium specimen, and each one is lovingly cared for and stored in a herbarium.  And ultimately, I think of each herbarium specimen as representing a moment in time.  A permanent record of what was at that particular place at that particular time.  And as moments in time, the data contained within each specimen is invaluable.  Collectors hundreds of years ago could even not imagine what we are using herbarium specimens for now! 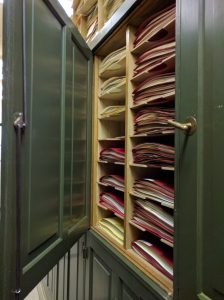 Thar be gold in them thar herbarium cabinets…

Herbarium specimens are also being used as never before to provide material for DNA sequencing – our advances in technology enable botanists now to extract DNA from older and older material, allowing us to fill in gaps where collecting specimens is not feasible or where the plants themselves have even become extinct (Pyron, 2015; Zedane et al., 2016).  The ability to exclusively use herbarium specimens to conduct taxonomic studies and reconstruct evolutionary histories of plants is also rapidly enhancing our knowledge of many large, taxonomically difficult genera.  We are able now to utilize sequencing methods that are enabling botanists to resolve the lineages of groups that have previously had low resolution in phylogenetic trees by providing a larger data set of molecular characters, entire genomes even!

Evolution is a change in allele frequency in a population over time, resulting in heritable change among successive generations.  And what better record of these changes in allele frequency over time than with the data held in the DNA of herbarium specimens!  Our ability to sequence large genomic sets of data from older and older herbarium specimens lends evidence for these changes in allele frequency over time, providing a window into evolutionary processes (Pyke & Ehrlich, 2010).  Studies using herbarium specimens have recently revealed dramatic examples of morphological and phenotypic change over relatively short time scales in response to strong selective pressures.  Herbarium specimens have been used to show that rapid genetic adaptation often precedes the spread of invasive species and probably assists in overcoming environmental constraints that may have otherwise kept these species from rapidly spreading (Martin et al., 2014; Vandepitte et al., 2014), providing valuable insight into the spread of noxious plants.

One of the more recent uses of herbarium specimens has been to use these points of data to compile phylogenetic community assemblages (Gonzalez-Orozco et al., 2016; Thornhill et al., 2016).  These assemblages identify areas with the greatest amount of phylogenetic diversity, or in other words areas with species that are more distantly related than others and thus evolutionarily significant regions of diversity.  These studies help analyze how evolutionary relationships have affected trait evolution, predict how and where the ranges of plants will expand or shrink in response to climate change, identify areas that will become refuges as climate conditions change, and can ultimately be used to identify areas of immediate conservation concern.

And resting at the backbone of each and every one of these studies, new advances, and new discoveries are herbarium specimens.  Those dusty specimens of dead plants.  And of course ultimately, each and every phylogenetic study made using these herbarium specimens goes into our greater understanding of the Tree of Life, an evolutionary tree showing the relationships among 2.3 million living species on Earth.  Earlier this summer I was in a particularly philosophical mood.  I couldn’t stop thinking about the interconnectedness of life all around us.  As botanists, it is our role to categorize, document, and explain this interconnectedness.  And in this philosophical mood, I watched botanist Doug Soltis talk about the Tree of Life.  I wasn’t expecting it, but watching him talk brought tears to my eyes.  Why?  Isn’t it just a big phylogeny, a giant tree?  Why would it make a person (even a botanist) get teary-eyed?  Well, 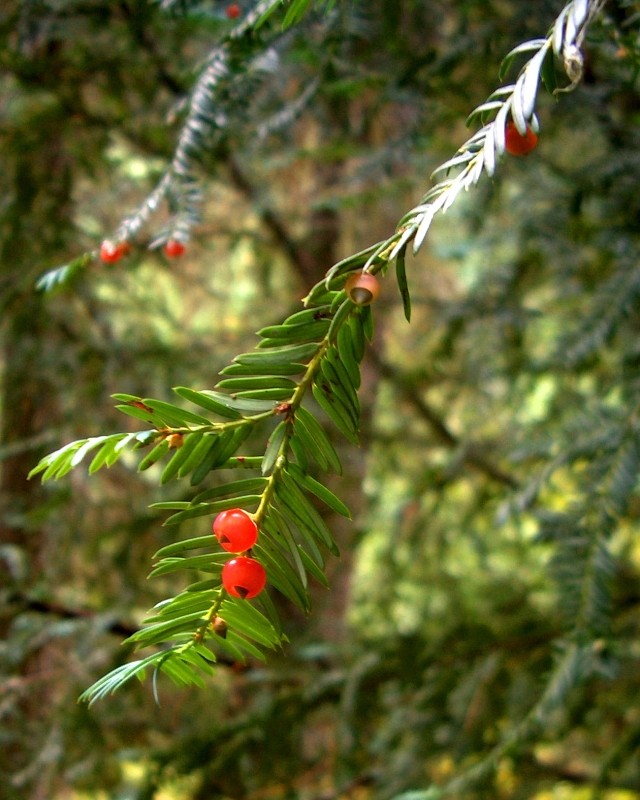 because it means that botany matters.  That what we do matters.  Even more so, the potential life-saving plants out there yet undiscovered, and the ones already put into use that have saved countless lives wouldn’t be here if it weren’t for botanists.  And the one example that Soltis used hit home in a big way – taxol from the Pacific Yew.  You see, I wouldn’t be here myself if it wasn’t for taxol.  If it weren’t for botanists.  And of course if it weren’t for the Pacific Yew.  You see, 4 years ago I was taking weekly infusions of taxol to combat cancer.  I owe my life to a plant.  And as a botanist, that’s coming full circle in a pretty big way.  The interconnectedness of life is all around us, all the time.

Sadly, the future of herbaria and the herbarium specimens that they hold is rather bleak.  Herbaria and museums are often one of the first places universities look to cut funding when faced with budget crises.  The conception of herbaria as dark, dusty places storing dead plants needs to change.  Herbaria are places conducting active research, and important components to a university and community.  Herbaria provide a space for students to learn about botany.  They provide a space for school groups to tour, for kids to become excited about plants.  Botanists at herbaria actively engage in public outreach by leading workshops, seminars, and field trips.  So, while the specimens in herbaria may be “dead”, herbaria themselves are not.  Every specimen in a herbarium holds a story.  And herbarium specimens are being used as never before to document our changing world and elucidate evolutionary processes and relationships.  Protecting and caring for these invaluable and irreplaceable resources must be at the forefront for universities, botanic gardens, and museums.   Because only time will tell what herbarium specimens will be used for in the future, as permanent records of the past.

1 thought on “Guest post: Botany is not dead, but this plant is”