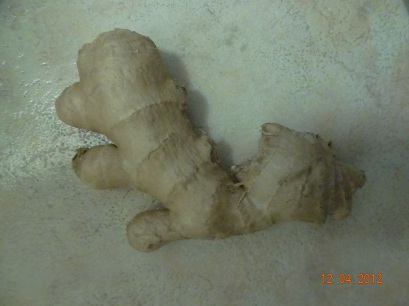 This healthy edition of Students of Ethnobotany comes from the spicy Melissa Tong.

Zingiber officinale, commonly known as ginger, is believed to originate from the tropics of Southeast Asia, around the coastal region of India. Zingiber was derived from an Indian Sanskrit name, singabera, which represent the horn-like, antler shape of the rhizomes. Officinale originated from the Latin word, officina, which represents as workshop; this is because Z. officinale has useful medicinal properties and readily available without prescription. Ginger has a long history and has been always valued in Indian, Chinese and Western cuisine and medicine and is also part of folklore traditions, such as The Gingerbread Man and the Gingerbread house in Hansel and Gretel. 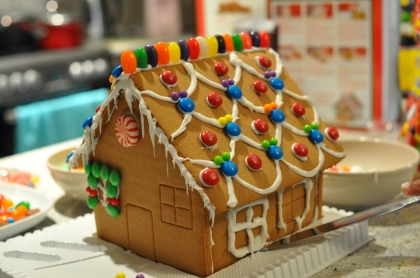 Did you know that ginger was one of the important spices in the spice trade? Ginger once played a huge role in determining the wealth and power of European countries. It was an expensive spice only affordable by the wealthy upper class. However, both the secretive spice trade and the wide cultivation prevented any documents or evidence to prove its origin. 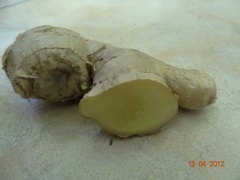 Today, ginger is one of the most extensively cultivated spice in the world. Fresh rhizome from the ginger plant is continued to be paired in many Asian savory dishes. Ground ginger is often used to provide a warm and spicy flavour in cookies, cakes, beer, ale and wine. In addition, ginger can also be steeped to make tea, used for herbal remedies, medicine and even extracted for essential oils. 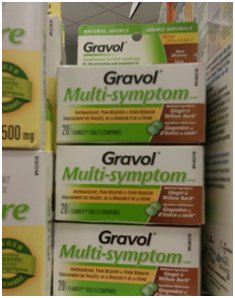 Ginger is also made into ginger capsules which is an effective, quick and portable remedy. A study conducted by Ernst and Pittler compared patients treated with ginger to patients placed in the control groups treated with either a placebo or metoclopramide.  The results from the study shows that Ginger was favoured over the placebo for treating seasickness, hyperemesis gravidarum and chemotherapy-induced nausea. Also the study on postoperative nausea and vomiting  suggested that there’s no significant difference between ginger and metoclopramide, an antiemetic agent. Ginger may be beneficial in helping treat nausea and vomiting. However due to a small sample size and the difference between ginger and placebo was not significant; hence, there’s insufficient evidence to prove whether ginger is  truly effective. More research is required to have a better understand of the medical properties in ginger.

3 thoughts on “Students of Ethnobotany: The ‘roots’ of Ginger”